On rock climbing, and the minimum viable product 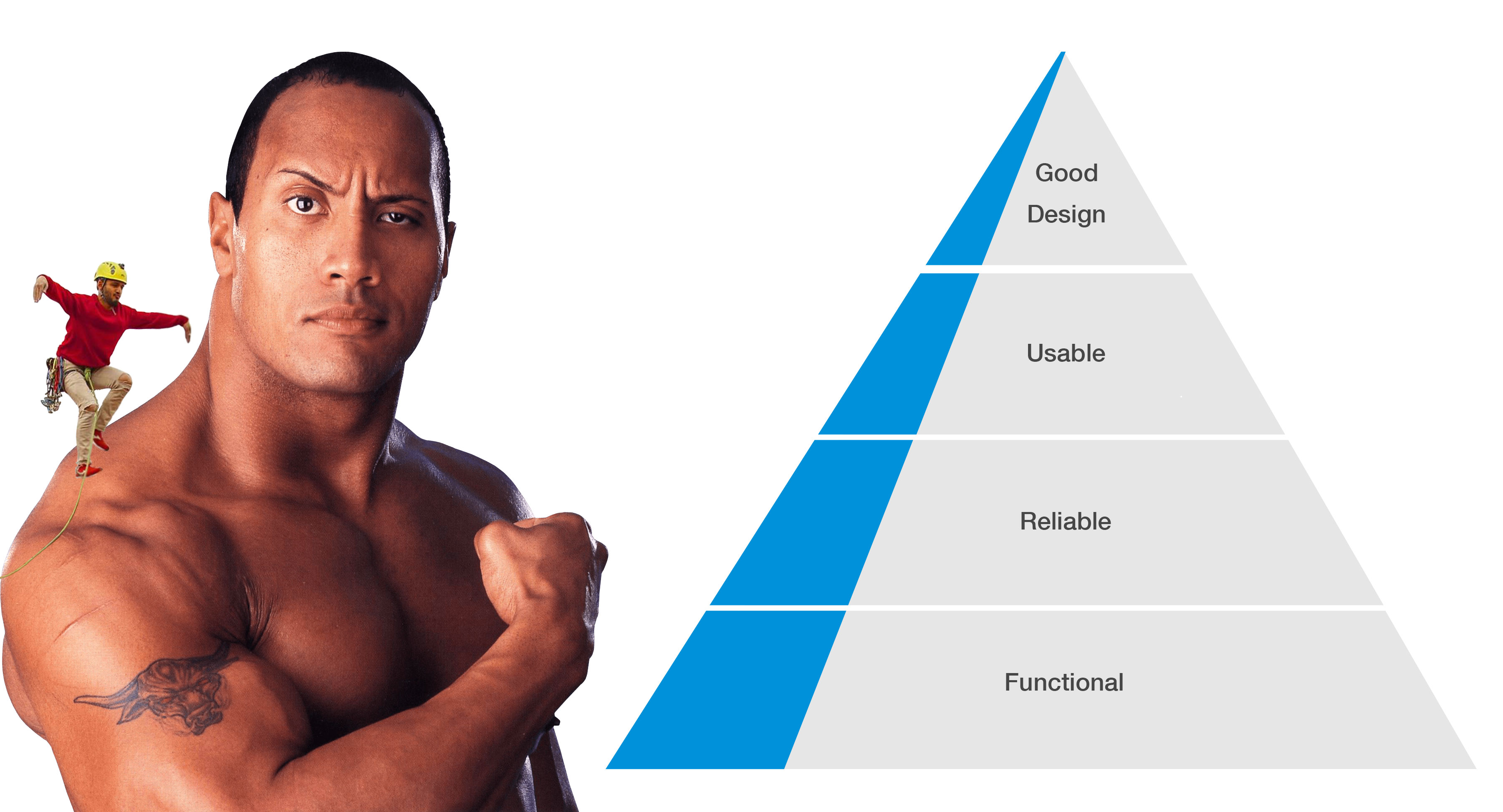 I don’t rock climb. Nothing against it. Actually, I can totally see myself getting into it at some point. But my friend Raud does rock climb - like a lot. And he’s really good at it! Go Raud.

We hung out a few weeks ago for the first time in a while. The conversation meandered in the direction of rock climbing, and he told me about a challenge he’s recently been chasing. A nearby park with lots of climbing routes opens at 4:30am, and closes at 10:30pm. Between himself and a climbing partner, the goal is to climb 55 routes during the course of 18 hours.

I don’t know if I’ve mentioned it, but Raud is the best kind of crazy. He’s the kind where his insane energy goes towards these odd-but-intriguing challenges. For example: During high school, we read Siddhartha in a lit class. Inspired by Siddhartha’s ascetic journey, we decided to camp overnight, in November, without the proper gear. Also, without food besides unsalted saltine crackers. We spent an entire night camped beneath a fallen tree in a public park during freezing temperatures. It was really cold, uncomfortable, and one of my favorite high school memories. Echoing that trip, just this winter he slept outside, in a snow fort, during a -50 windchill polar vortex. I’m not Raud - I walked 2500 steps that day and felt close to death.

Back to the challenge. As Raud talked through the mindset and approach necessary to climb 55 routes, he said something striking:

That difference between saying “hey, let’s try our best” and “let’s be the best” is massive. The “try our best” approach will rarely result in accidentally being the best. If you get done with all the easy routes at 9pm, you’re not gonna nail all the hard ones in the last hour.

What's all this have to do with a minimum viable product?

I immediately took that lesson and thought “how can I make it about me and my world”. I work in the tech space. If you work in or around the tech world, you may hear the phrase “minimum viable product” or “MVP” regularly. To speak reductively, it means “what’s the lowest resource thing we can make that will be viable”. This is pragmatic - it discourages investing an excess of time into something that won’t yield returns. And, it prevents going far down the wrong path before testing things.

But it can also discourage those moonshot ideas. Few are going to be proud of the outcome of “it’s mediocre, but tolerable” or "it functions, but it sucks!". But, that’s what I’ve seen countless projects turn into. This could be the result of becoming complacent and institutionalized. More often though, it's the result of misinterpreting what a minimum viable product means.

This interpretation of the minimum viable product doesn't just discourage big ideas - but anything that would fall into the "high maturity" stage. Basically, this stops work at "functional", ignoring making a product or service usable (or really good design). If you were to look at it as a pyramid, rather than taking a slice from each level, you'd end up with all of the bottom filled in.

Left: What MVP looks like when you're trying to be best. Right: when it stops at functional.

Everything is rock climbing

Either way, there is an important lesson to learn from an insane climbing challenge. For important, high reward products, services, or goals, you gotta aim to climb all the routes - not just the most you can.

I’ll end with a quote Raud sent me, after I ran a draft of this past him: “I'm convinced the only thing separating me from a professional climber is that I've failed less times than them. People watch Youtube videos of climbers sending their hardest routes and think they’re mythical because they don't see their failures and time commitment.”